Why Is Labor Day One of the Most Dangerous Times to Be on the Road? 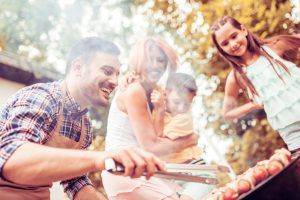 Labor Day is a time for many things — rest, relaxation, catching up with old friends, sharing a meal with family, and more. You may want to take advantage of another holiday if you want to go traveling, though.

According to an analysis from GateHouse Media of 10 years worth of National Highway Traffic Safety Administration data, Labor Day weekend is one of the busiest and deadliest travel times of the year. The three-day weekend claims an average of 407 lives and leads to an average of 373 fatal crashes across the nation.

The analysis found that the average was almost one-third more fatal accidents than what typically happens in a three-day period.

Amongst the deadliest states were Texas, Florida, and California.

More and more states are requiring drunk driving offenders to install ignition interlock devices (IIDs) in their vehicles. In many of these states, it’s possible to be arrested and convicted of a DUI even if the offender’s blood alcohol content is below 0.08.

New Jersey is one of the most recent states to mandate that all first-time DUI drivers install an IID if they’re convicted. It’s also the thirty-fourth state to put into law such a mandate.

“License suspensions are an imperfect tool for accomplishing both aims, as they do not stop drunk drivers from getting behind the wheel and they can prevent ex-offenders from supporting their livelihoods,” said New Jersey Governor Murphy upon signing the new law. “In contrast, ignition interlock devices prevent drunk driving while allowing ex-offenders to support themselves and their families.”

Maryland is also among the list of states that require drunk driving offenders to install an IID in their vehicle.

In addition to making IIDs mandatory for drunk driving convictions, many states are also putting out more patrols during Labor Day weekend. Not only will the officers be able to catch those who are out on the road while intoxicated, but the increased presence will also act as a deterrent to keep people from making the wrong decision.

Labor Day is definitely a time for celebration, but please be sure to do so without putting one’s yourself and others in danger. You may wind up needing to install an IID in your vehicle or worse.